We're Getting Mutants in the MCU - The Loop

The Libertarian Party is a United States political party founded in 1971. The LP is the largest third party in the United States.

The Libertarian Party was founded on the basic ideas of Libertarianism. This philosophy is rooted in ideas such as Self-Ownership, The Ownership of Property, and the Objectivist notion of man as a heroic being.

Founded in one man's house among friends, the LP has grown to considerable size, reaching almost 1 million voters in a presidential election, and is the first party ever to have run a woman who has gotten an electoral vote. In 2006, over 13,400,000 votes were cast for Libertarian candidates.

The LP runs on a grassroots Jeffersonian ideal where individuals take the stand. The party has people from all political breeds, and has many variations on it's main ideas, yet the major ideas hold true.

In 1971, the Committee to Form a Libertarian Party was established to determine if a new political party was needed, or if one of the existing political parties was a suitable. It has been documented that Richard Nixon's 90 day price and wage freeze in August of that year was a deciding factor in the decision to form the LP.

On 11 December, the committee pulled the trigger, and the committee was replaced by the Libertarian Party. Notice was published in Reason Magazine[1] and possibly other places, which helped efforts to bootstrap the party going into its First National Convention.

At the Denver convention, Ed Carlson proposed a Statement of Principles, and the final draft was a minor variation of one proposed by John Hospers. It was expected that other planks would be routinely removed from the platform as they ceased to be timely or relevant. The Libertarian National Committee was set up, Susan Nolan was elected national chair, and the first national ticket was John Hospers for President and Tonie Nathan for Vice President.

While the Libertarian Party soon discovered the hard way how difficult it was to get on ballots, its presence on two states was adequate to attract the attention of an unhappy Republican elector, Roger MacBride, who gave the Hospers/Nathan ticket his vote, making Tonie Nathan the first woman and the first ethnic Jew to receive an electoral vote.

1971
Libertarian Party is founded December 11th, in the home of David Nolan. Disillusioned Republicans, Democrats and political newcomers hope to create an alternative to the old parties.

1978
Ed Clark receives 5% of the vote in his race for Governor of California.

1980
Ed Clark appears on the ballot in all 50 states, the District of Columbia, and Guam, and receives almost one million votes. His campaign runs extensive national television ads and offers many Americans their first look at what the LP has to offer. Many in the media recognize the LP for the first time as a serious political force.

1983
David Bergland is nominated in New York City as the LP's presidential candidate. Jim Lewis is his running mate.

1984
On the ballot in 39 states, David Bergland and Jim Lewis come in third in the race for President for the first time in the LP's history. Bergland publishes Libertarianism in One Lesson, a campaign book that eventually sells over 75,000 copies, and is still used by the LP today as an introductory text.

Libertarians are elected to 11 more local offices around the country.

1986
More than 200 candidates across the United States receive 2.9 million votes. Ray Cullen, candidate for Treasurer in California, gets 570,000 votes, largest vote total ever for a third party candidate in California.

1987
Doug Anderson is elected Elections Commissioner in Denver. Libertarians are elected to every seat on the city council in Big Water, Utah.

Ron Paul, on the ballot in 46 states and the District of Columbia, comes in third, receiving more than 430,000 votes nationwide -- almost twice the total of any other "third" party.

In the general election, four Libertarian state legislators are elected in New Hampshire, with Don Gorman and Andy Borsa joining Warburton and Rothhaus who were re-elected.

Once again the LP's presidential ticket is on the ballot in all 50 states, D.C., and Guam, the only party other than the Democrats and Republicans to achieve this goal.

The more than 700 LP candidates nationwide receive more than 3,700,000 votes for state and federal offices alone. The 23 Libertarian candidates for U.S. Senate receive over 1,000,000 votes, the highest total for a nationally organized third party since 1914.

The LP retains ballot status in 16 states following the 1992 election, two more than it had after the 1988 election.

In "off-year" elections, 15 Libertarians win public office, scoring victories in local and county races across the country from Alabama to New York, from Pennsylvania to Minnesota.

Libertarians win ballot status for 1996 in Illinois, Indiana, Massachusetts, Michigan, and Wyoming. Coming out of this election, the LP is now automatically qualified to nominate a presidential candidate in 23 states, the most ever.

1995
Membership and voter registrations soar to record levels. The LP moves its national headquarters into the prestigious Watergate Office Building, which the Wall Street Journal dubs "a sign of the times" of the party's growing stature.

1996
The Libertarian Party becomes the first third party in American history to earn ballot status in all 50 states two presidential elections in a row. At the nominating convention in Washington, DC, best-selling author Harry Browne gets the party's nomination. He goes on to win 485,759 votes in the general election, the second-best showing in party history.

The party runs almost 800 candidates for office, and 10 of them break the 100,000-vote barrier. LP candidates for statewide and federal office alone win 5.4 million votes, and seven Libertarians are elected or re-elected to office.

In November, the party sets a new record by running 853 candidates in 44 states. Neil Randall wins election as a State Rep. in Vermont, while Zenneth Caudill and Mary Dufour win partisan office as Jefferson Township Trustees in Indiana. In all, 19 LP candidates are elected.

1999
The party breaks new ground in political activism with its Internet-based campaign against the FDIC's "Know Your Customer" bank spying regulation. After being flooded by 250,000 complaints, the FDIC withdraws the plan.

Party founder David Nolan is named one of the "2,000 Outstanding Intellectuals of the 20th Century" by the International Biographical Centre in England. Fourteen Libertarians are elected to office in local Spring elections, and more than 200 Libertarian candidates are on the ballot in state and local elections in November.

2000
A "Boycott Nosy Census Questions" campaign during the spring generates national newspaper, radio, and TV publicity for the party.

The number of registered Libertarian voters passes 224,000, a 10% increase in less than a year. Folksinger Melanie joins the party. A Rasmussen Research poll reveals that 16% of Americans are ideologically libertarian.

The Anaheim, California convention nominates Harry Browne for president and former Bellflower, CA mayor Art Olivier for VP. They head a ticket of 1,436 LP candidates, including 256 candidates for U.S. House -- the first time in 80 years a third party has contested a majority of Congressional seats.

In one of the closest elections in American history, the LP presidential ticket gets 382,892 votes. However, 34 Libertarians are elected to office, Massachusetts U.S. Senate candidate Carla Howell wins a record 11.9% of the vote, and the LP's candidates for U.S. House win 1.6 million votes -- a new record for any third party.

Newspapers and political websites published a whopping 141 Libertarian opinion pieces during the year –- an increase of 200% over the previous year’s 46 publications.

US House candidates polled over 1 million votes for the second time in two election cycles making the Libertarian Party the only other party in history to do so other than Democrats and Republicans.

The “Incumbent Killer” strategy was used to control elections the LP could not yet win. It led to the defeat of Republican Congressman Bob Barr and Democratic Senator Max Cleland. It was also credited with controlling the outcome of the governor’s races in Alabama, Wisconsin, and Oregon, and the US Senate race in South Dakota.

Massachusetts Libertarians gathered 101,000 signatures to put a measure eliminating the state income tax on the ballot. On Election Day voters sent shock waves through the media-political establishment when, even with heavy opposition from Democrats and Republicans, 45 percent of the electorate supported it.

2003
The Libertarian Party clawed its way out of a $400,000 debt helped along by the recession and the aftermath of the September 11 terror attacks and into financial solvency.

Even though it was an off-year election, the LP racked up 46 victories –- over half of them coming in higher level offices such as city and county council, increasing the upward march of Libertarian office-holders. In Michigan, Libertarians were re-elected to city council seats and in 5 states Republican and Democrat incumbents were booted from theirs. As 2003 drew to a close, over 600 Libertarians were serving in public office nationwide.

The LP also saved taxpayers more than $2.1 billion in a single day, defeating: a $1.3 billion sales tax hike in Florida, a proposal to finance a light-rail system and other transportation boondoggles in Arizona, a grocery tax in Colorado, and a property tax hike in Santa Clara County, California.

The Libertarian Party nominated Michael Badnarik as their 2004 presidential nominee during the national convention in Atlanta. The LP presidential campaign unveiled Project New Mexico, where they would find a swing state with an inexpensive media market and saturated it with a 10-day ad blitz. After the completion of Project New Mexico, Badnarik's poll numbers quickly rose 5 percent.
American voters were able to vote for the Libertarian Party candidate in 48 states. This led all third parties: Ralph Nader got on only 39 ballots, the Constitution Party got on 35 and the Greens, just 27.

Four days later, Badnarik appeared on MSNBC's "Countdown" show, where he reached a national audience to push the libertarian message.

In the aftermath of Hurricane Katrina, the Libertarian Party did its part to help out the relief effort by "adopting" the town of Franklin, Louisiana. The LP national office was in contact with Franklin's community leaders to determine their specific needs. A call was put out to members across the country who responded with their own aid. 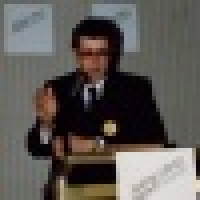